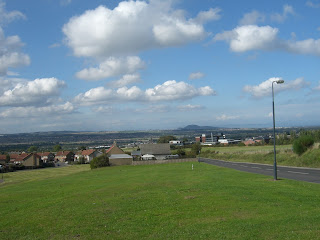 The demonic can work ceaselessly to drive the human spirit off and away from spiritual paths, trying to isolate and disconnect us from a vision of God and into some desolate vision of ourselves.


It being able to perceive our train of thought – here is an example of  an attempted derailment.


It is a bright sunny day, the sky is blue, and my thought goes from the green green, grass of earth upwards to the next chain of positive associations into the clouds and sunshine that lead me to naturally thank God for the day he has made.


Indeed let us rejoice and be glad in it because of all the billions of people on planet earth, very few have the privilege of such unimpeded, temporal visions of peace in such variable and turbulent; political, military and economic, drought-ridden and pestilent climates.


Before I can start out along that journey of thankfulness about something as basic as green grass in a rainy, but sunny,  temperate climate from within a reasonably stable western democracy – another thought – call it intuition – maybe just call it something like a dark spanner in the works manifests.


A thought … one thought … it could come from reasonable science guy me … but  … is grass really green ???


Chlorophyll a absorbs purple and orange light the most. Chlorophyll b absorbs mostly blue and yellow. But, as you can see in figure 1, they also absorb light with other wavelengths with less intensity. In any case neither one absorbs green, so the leaf looks green because that light is reflected to our eyes instead of being absorbed by the leaf. If there are no other pigments present, that is.


Green grass therefore is absorbing red and blue light but reflecting green light which means that it isn’t actually green but actually looks green to the human eye’s perception of what light is being reflected.  Etc etc etc


By the time I realised that my ‘Mr Science Guy’ ego had been spiked and driven into action with an appeal to my perennially failed scientific reason, and that I had been driven into a black hole of mathematical inability to utilise Fourier transformations on light wave analysis etc  I was suddenly given the grace to realise that my initial thought train heading for heavenly destinations of joy and peace and thanksgiving had been derailed in some dark salt mine somewhere … and my initial thoughts of peace and happiness had been negated and short circuited by unsupplied cold reason.


For me it was providential that I could even notice the switch, and I figure that many many people are being similarly dragged down and many will end up very unhappy despite their best efforts.


That’s why at the end of the day – I believe in the power of prayer.


We may not be able to see heaven from here, but at the very least if we can behave and proceed  – like in some Adlerian ‘fictional finalism’ [cf. Alfred Adler] AS IF it were there [rather than AS IF it were not] perhaps our days or at least some of them would have better outcomes than the ‘dark salt mines of self-doubt’.
Email Post
Labels: Alfred adler andrew hennessey Angels Christ demonic desolation devil essence fictional finalism greys negation nihilism psychology self-doubt soul soul mining 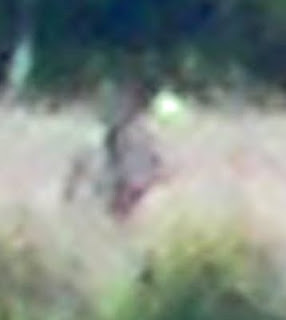